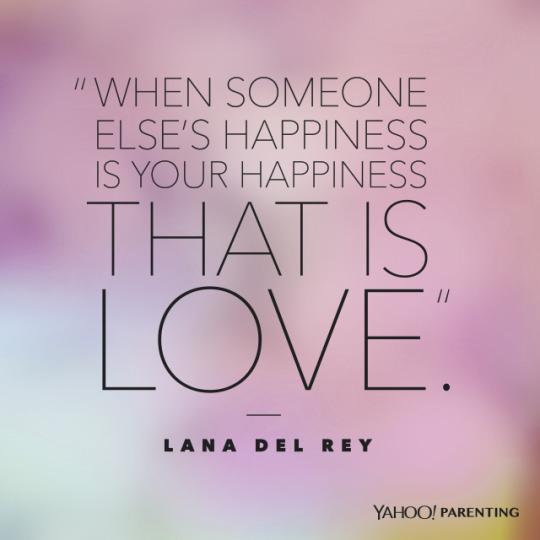 What do I love about this inspirational quote? It is about all kinds of love: romantic, friendship, empathetic. Watching your child laugh and play can fill your heart. Your cat purring with contentment can do the same. A stranger dancing with joy at a concert makes you love the show all the more. When you can fill your life with love and happiness just by feeling it through another, you have won the love lottery.  ❤

Happy Hug Your Cat Day! I found this article on “BuzzFeed” and it is so cute I couldn’t pass it up! It made me smile right through my migraine! (That says a lot!) And even though I never need a reason to hug my cats, a celebration is a celebration! So, let’s celebrate!

Hey, where did all of my cats go?…

Anyway, thank you to Chelsea Marshall for a great article!

1. You probably already know this but: your cat is the frickin’ best.

4. They give the most adorable hugs in the world.

8. Your cat always knows when you need an extra pick-me-up.

(Because they let you pick them up).

9. They almost always listen to your drunken tirades…

10. …because they are so very patient.

11. They welcome even the smallest members of your family.

12. And continue to surprise you with their compassion.

they know when you need that extra TLC.

14. Your cat is there for you during break-ups…

16. They’re an epic support system when you need them.

JUST LOOK AT THIS AND TELL ME YOU DON’T WANT IN.

19. But they’re ALWAYS deserving of it.

EVEN when they are a pain in the butt.

20. Because your cat just GETS you.

This story just hit my heart on so many levels and I had to share it. I hope you get feels from it as well. So special…

This is a true story of a very depressed and grieving mama cat, brought back to a happy maternal state thanks to some very loving people involved in the rescue and foster care of cats, complete with gorgeous photos of this miraculous match. (Here and at the end.)

Mikey, an eight month old cat, was inconsolable. She had three kittens, born too early. They were weak and one by one, they died. Mikey’s owner Hillary tried everything she could think of to save the babies.

After the last of Mikey’s kitten’s passed away the cat was searching frantically for her offspring, acted very depressed, and her breasts were engorged with milk.

Watching her cat suffer, Hillary was desperate for help and called Dori’s Darlings, a cat rescue organization run by Dori Hillman in Houston.

This is where Amanda Lowe comes in. She is a foster mother to abandoned kittens, through Dori’s Darlings. Just days before Mikey lost her last kitten, Amanda received three baby kittens to foster that were just a few days old, that still had their umbilical cords attached.

Amanda and another foster, Kelli Nicole, provided around the clock care for the three kittens, who she named Teddy, Abby, and Lily for four days. That’s when Amanda received the call from Dori about Mikey losing her brood of kittens.

Reaching out to Hillary immediately, Amanda offered to bring the kittens to Mikey the cat that same evening. After a conversation, they decided Mikey could make it through the night and Amanda went to her first thing the next morning.

Before showing Mikey the kittens, Amanda, who says she talks to cats and animals all the time, told Mikey how sorry she was about her babies.

Speaking to her in a soothing voice, Amanda told Mikey the cat, “I have some babies for you so you can be a mommy again.”

Amanda said she could tell Mikey liked her and trusted her, and then she placed the kittens in front of the mama cat.

Immediately, Mikey started licking them, grabbing them, hugging them. Around 15 minutes later, the cat spread out and rolled over giving the three kittens a nursing invitation.

Lily was the first to latch on.

After two hours, Amanda knew that with Mikey cuddling her new kittens, bathing them, and falling asleep with them, that she was leaving a very happy mama cat and giving the abandoned kittens a new home. She said they even looked like they belonged to one another.

Here are some beautiful photos of this heartwarming rescue operation, all taken by Kelli Nicole, who is a professional photographer.

When anyone says hello to me, it immediately brings a smile to my face as I respond in kind. A moment of sunshine in a hectic day. It makes you feel noticed and valued. So much from such a small word!

Spread the love – say hello to anyone you meet today. It will brighten both your worlds!

…is a true treasure.

Since the last time I blogged about myself, a lot of things have happened. I have been introduced to many new doctors and a few new tests. Thanks to Dr. Vera at NOVA, I am on some new medicines for ME and Fibromyalgia (which have practically gotten rid of my brain fog!) We are still experimenting with dosages to see if more improvement will be possible. (Fingers crossed!)

A dear friend who needs a place to stay will be moving in shortly. Lots of planning and packing going on between the two of us. Living in Florida will take some getting used to on her part. It took me two years to feel like I belonged here.

She will be arriving on Thanksgiving. The holidays will be particularly meaningful as we share the joy of being a family, as I consider her a sister. Very excited! (Also, can’t wait for her to see my jewelry studio!)

And speaking of jewelry…I have been keeping myself busy, designing and repairing pieces on commission. Here are pictures of some of my work…

Necklace made for opal and blue topaz pendant, supplied by client. My plan was to honor the pendant, not overwhelm it. Used agate, sterling silver beads, Japanese seed beads and Swarovski crystals. The client was trilled with the results and has ordered earrings to match.

More pictures to come in the future.

As for my Kraftycat Creations Website, I am in the process of revamping – adding new, exciting products! This is a wonderful part of my life. I consider it therapy for a happier, healthier Fern. The “new and improved” Kraftycat Jewelry and Creations will be ready to view shortly.

Had to share these adorable cat photos! Thankfully, one of my cats sat on my lap as I enjoyed them (must hug kitty to share the “Awwww…..squee!” feelings!)

Ben Torode took some amazing photos of his kitten Daisy that are out-of-this-world good! I love all animals, but after viewing Ben’s gallery, I have an urge to rescue a kitten from a shelter…right now!

Are you feeling spiffy? Well, are you? Good! Then this award is you! Get yours while supplies last! (May be illegal in certain parts of the US – please check with your representative’s office for further information – on second thought, just do it!)