First – Bill from Crowdwish has come through once again with a video for “paying it forward” – trying to help a friend in need:

Please watch this video about my childhood friend and visit http://www.gofundme.com/886ae8 for more information on how to help. Heartfelt thanks. 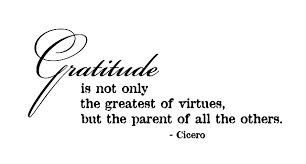 And From the Mail Online:

A virtual genie: The crowdsourcing website that is making real wishes come true

But there’s nothing virtual about the wishes. Crowdwish.com offers users the chance to ask for anything they want, be it products, experiences, charity or causes, with the most popular wish being granted each day. Ultimately the Crowdwish team want the wishes and the people power behind them to be used to create a force for good, but that doesn’t stop one asking for a trip to Bali.

So far the start-up has made donations to charities such as the Red Cross, Action against Hunger, Save the Children and The Bill Clinton foundation, surprised NHS staff with gifts, lobbied CEOs for equal pay, and negotiated high street discounts.

Make a wish: A new start-up called Crowdwish has launched where users can make any wish they want – and the most popular one will be resolved

Established by 43-year-old entrepreneur Bill Griffin, the site encourages users to ‘like’ other people’s wishes through the webpage or via social media.

Bill told MailOnline: ‘I kept seeing evidence for groups of people coming together online to create outcomes for themselves that they wouldn’t have been able to achieve on their own…from Kickstarter to the use of social media during the Arab Spring.

‘I know this sounds completely ridiculous, but I wanted to create a site where people could come and ask for literally anything and get a meaningful and freshly generated response. That was the brief and it took me a while to figure on how it was going to work, a bit longer to design, then about six months to build.’

After six months of building, the former marketing director of Comedy Central unveiled a simple website where users can ask for up to ten wishes for anything ranging from products, experiences, or causes.

Brains behind the operation: Bill Griffin, former marketing director of Comedy Central, wants to use the critical mass of the users to help bring their dreams closer to reality

‘Whatever you’re hoping for, someone else – somewhere – is going to be wanting the same thing; the majority of our wishes are likely to be shared by other people.

‘The greater the number of people who want something, the more likely that thing is to be delivered,’ reads the site, which is soon to have an accompanying app.

‘So Crowdwish exists to link together people’s hopes, dreams, ambitions and desires. It’s designed to bring people together to create outcomes that are more likely to happen if lots of people are asking for those outcomes, rather than a single individual.

‘Every 24 hours the most popular wish on the site is taken on by our team of expert deal brokers, researchers and negotiators who then use the power of the combined demand to create results on behalf of that newly formed community,’ said Bill.

That isn’t to say that wishes will be miraculously granted; more that the site will work tirelessly to make this aggregated demand as influential as it can be.

This might involve creating discounts on popular products that have been selected, it might involve lobbying people who can help change something unfair, or it might be about creating unique experiences available nowhere else.

‘I think people like it as a notion; wishes have got a childhood iconography that is appealing at quite a deep level, plus they seem to respond well to the way in which the wishes get actioned – which is sometimes quite earnest and serious, then on other occasions is much more light-hearted and irreverent,’ said Bill.

The simple things: The crowning wish of the day was for free coffee so Bill and his team granted it

Consider it done! One user wished that people who worked for the NHS got the respect they deserve. The team visited a variety of hospitals to take staff some presents

If the most popular wish of the day is for a physical product – a camera for example – Crowdwish will use that aggregated demand to create a discount on the users’ behalf.

If it is a service needed, they will link wishers to the best supplier, using a trust rating, at the most competitive price.

Maybe it is a cause you feel strongly about, then the site will lobby those who could help directly, organise a meet-up or create a disruptive action to help.

If it is advice that people need, Crowdwish promise to commission an expert or collate the collective experience or wisdom of those who had dealt with similar circumstances or situations.

Perhaps an experience will be the most popular wish of the day, then they would create a bespoke one for that community as a unique one-off at the best possible price or perhaps for free.

All in a day’s work: Recently the Crowdwish team paid for an elderly couple’s shopping for them after ‘I wish I could help a stranger’ was voted the top wish

Has Bill ever wanted to resolve a wish he couldn’t? ‘No,’ he says plainly. ‘And we never will because we just stick to achievable actions.

‘We don’t claim to magically fulfill wishes like some Disney fairy-godmother and we stick really clear of those kind of cheesy “Then Peter Andre jumped out of the cake and everyone started crying” style resolutions. We just do something positive each day in line with what people want; we are not claiming any magic powers or miraculous abilities; we just do things that are useful, helpful or funny.

While he promises he will never carry advertising on the site, he imagines three distinct revenue streams: Charging brands to be involved with the fulfillment of wishes as a PR/activation exercise, a constant offering in the style of Upworthy; now the fastest growing media site of all time, and a premium offering where wishes get actioned more rapidly, almost like a concierge vibe.

So where does Bill see Crowdwish in three years time? ‘You’re meant to have an insanely ambitious goal, right?,’ he said.

‘Well, here’s mine; to join together the world’s hopes and ambitions, collate and quantify them, then use their critical mass to help bring those dreams closer to reality. I hope three years from now we’ve made significant progress towards that objective.’

Read all about it: Users can easily track exactly which wishes have already been granted each day and read the personal stories that accompany them

THE WISHES THAT CROWDWISH HAS RESOLVED SO FAR…

AND THE TOP THREE, ACCORDING TO BILL…

(I believe the above was mine! Sorry if I am wrong!)