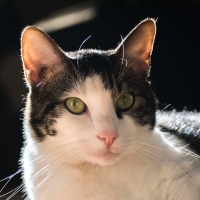 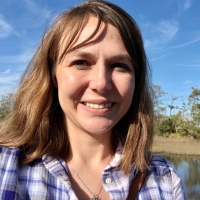 Everything is better with Cats! Even commercials. A couple of them I have seen before, but I never get tired of them because, cats! Hope you enjoy this video as much as I did. Thank you to Sunshine bright for bringing it to my attention!

Don’t you hate when this happens? You shop, go to the checkout, get out your wallet and, uh-oh, wasn’t there a 5, 10 or 20 dollar bill in there just yesterday? As the cashier is impatiently waiting, a sigh of relief escapes your lips as a credit card is there to pay with. Walking to the car, purchases in hand and still thinking about the missing cash (“Did I spend it on something? Did I put it somewhere else?”), you cannot remember where the money went.

The good news: It may not be your memory at fault! If you are a cat owner, there may be a thief right in your own home. Several cat owners were able to catch their felines in the act (I give you the following video as proof!) Just think – a potential windfall may be hidden away in nooks and crannies around your house! A thorough Spring cleaning can be so rewarding, even the kids will want to help!

Without further ado, I present the evidence:

Shrimp from Hairball Express has done it again! Excellent meme picks to tickle your funnybone!

So enjoy and have a laugh!

Meet Deez Nuts -a high school boy in Iowa named Brady Olson. He is sharing his ticket with Limberbutt.

Unconventional presidential hopeful Limberbutt McCubbins is throwing his tail in the race. He is 36 cat years old and, if elected, he would be the first neutered president (this could be a good thing.)

Because it is Friday – here are some cute and funny memes to start the weekend off right – with a laugh! (Those are the cutest marshmallows I’ve ever seen!)

(According to my cats, all dogs are.) (Very funny – that was me trying to cook dinner…) And I hope your weekend is beautiful too!  🙂

Wish I could show you on my blog what gave me a laugh. Unfortunately, I cannot figure out how to post a Vine other than giving you the link. (If anyone out there knows how, please tell me!) However, I will give you a hint: there is a cat involved! (Not much of a surprise there! 🙂 )

Hope you enjoy it as much as I did!