This story just hit my heart on so many levels and I had to share it. I hope you get feels from it as well. So special…

This is a true story of a very depressed and grieving mama cat, brought back to a happy maternal state thanks to some very loving people involved in the rescue and foster care of cats, complete with gorgeous photos of this miraculous match. (Here and at the end.)

Mikey, an eight month old cat, was inconsolable. She had three kittens, born too early. They were weak and one by one, they died. Mikey’s owner Hillary tried everything she could think of to save the babies.

After the last of Mikey’s kitten’s passed away the cat was searching frantically for her offspring, acted very depressed, and her breasts were engorged with milk.

Watching her cat suffer, Hillary was desperate for help and called Dori’s Darlings, a cat rescue organization run by Dori Hillman in Houston.

This is where Amanda Lowe comes in. She is a foster mother to abandoned kittens, through Dori’s Darlings. Just days before Mikey lost her last kitten, Amanda received three baby kittens to foster that were just a few days old, that still had their umbilical cords attached.

Amanda and another foster, Kelli Nicole, provided around the clock care for the three kittens, who she named Teddy, Abby, and Lily for four days. That’s when Amanda received the call from Dori about Mikey losing her brood of kittens.

Reaching out to Hillary immediately, Amanda offered to bring the kittens to Mikey the cat that same evening. After a conversation, they decided Mikey could make it through the night and Amanda went to her first thing the next morning.

Before showing Mikey the kittens, Amanda, who says she talks to cats and animals all the time, told Mikey how sorry she was about her babies.

Speaking to her in a soothing voice, Amanda told Mikey the cat, “I have some babies for you so you can be a mommy again.”

Amanda said she could tell Mikey liked her and trusted her, and then she placed the kittens in front of the mama cat.

Immediately, Mikey started licking them, grabbing them, hugging them. Around 15 minutes later, the cat spread out and rolled over giving the three kittens a nursing invitation.

Lily was the first to latch on.

After two hours, Amanda knew that with Mikey cuddling her new kittens, bathing them, and falling asleep with them, that she was leaving a very happy mama cat and giving the abandoned kittens a new home. She said they even looked like they belonged to one another.

Here are some beautiful photos of this heartwarming rescue operation, all taken by Kelli Nicole, who is a professional photographer.

Like Loading...
Sometimes I wonder how it is that certain people persevere in life while others flounder. Is it upbringing? Is it a strong will? Maybe it is luck?
The woman featured in this video seems to have all three behind her. And she is amazing!

This was just brilliant! Twenty different styles of the same song, spanning from raucous to pop to oldies. True talent!

Enjoy! (Warning: Not for the fans of Abba-lol)

Proof that if you put your mind into doing a good deed, it will happen!

Some kids are just exceptional. Yuteru Domon, a special needs student at a junior high school in Date City, north of Fukushima, took charity to a whole new level by collecting almost 50,000 bottle caps all by himself to save children from polio. Starting last June, his goal was to get polio vaccines for 50 children in developing countries. With 800 caps equalling one vaccination, his goal was to collect 40,000. By the time winter vacation rolled around, Yuteru achieved that goal, but he kept on going. He asked for help from his schoolmates, and they brought him whatever caps they could find. The 49,512 bottle caps netted him… 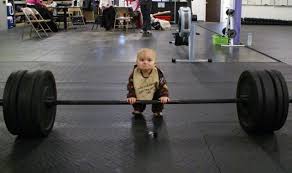 hEDS, Motherhood, and Being a Badass